At its most basic, construction requires taking a lot of stuff from somewhere and using it to build. It is an inherently destructive and consumptive process: no stuff = no building.

Because of this, it is has been hard to imagine truly regenerative construction: building in a way that not only does less harm to our ecosystems and environment but is actually a positive force, helping to repair some of the damage already done.

But now that we have started to explore the potential for strawbale and other biomass building materials to take carbon dioxide out of the atmosphere and safely lock it up, the term ‘regenerative’ seems like less of a stretch. According to preliminary research done by the California Straw Building Association, a bale of straw locks up approximately 60 times as much carbon as was emitted making that bale. As long as that bale is used in a way that it will not break down — in a wall, for example — the carbon is safely stored. It’s a net positive way to sequester carbon that has the convenient side-effect of making beautiful, energy-efficient homes. 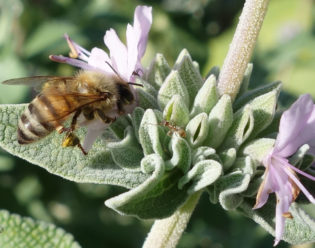 In addition to sequestering carbon above ground in the form of the visible plant, carbon is also ferried down into the soil by the roots. Research is just starting to scratch the surface of the potential for soil to sequester carbon. The next step is to question what role agriculture can play in helping (or harming) that process. Transitioning to bales made with perennial plants grown in a polyculture could increase the amount of carbon stored in the soil. Currently, it would be difficult — if not impossible– to find enough bales made this way to build a house, but it is an admirable goal.

The green building movement started by focusing on making buildings use less energy (operational energy), then only recently moved into exploring building with materials that are made with less energy (embodied energy which translates into embodied carbon), and is now just starting to look at building with materials that absorb more carbon than they created (carbon sequestration). From this new viewpoint, a mindfully-designed, carefully-placed, skillfully-built bio-based building can truly earn the label “regenerative.” 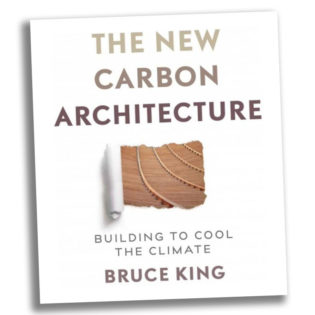 “Beyond Sustainability? — We are living in the Century of Regeneration”   by Daniel Christian Wahl

“The New Carbon Architecture: Building to Cool the Planet,” by Bruce King and friends